My last post was focused on nust being resource-less. As i was writting that post i realised that l had missed the most newsworthy aspect during that time and that was the fact that parallel students where not having lectures because the lecturers where on strike. Lecturers had stopped teaching paralle students because they are not getting paid for those lectures. As we speak, parallel students have gone for almost a month without lectures. Earlier this week, students demonstrated in protest to the prevailing condition.I must admit that i am glad to say l was part of the demonstration too. Ever since l got to NUST l have never experienced a demonstration let alone be part and parcel of one. So l was very happy to fight for a cause. The demonstratiomn, if l could point this out was not marred with violence, instead students where demanding answers from the Vice Chancellor as to why they were not learning yet they had paid their fees in full. I also want to know why. 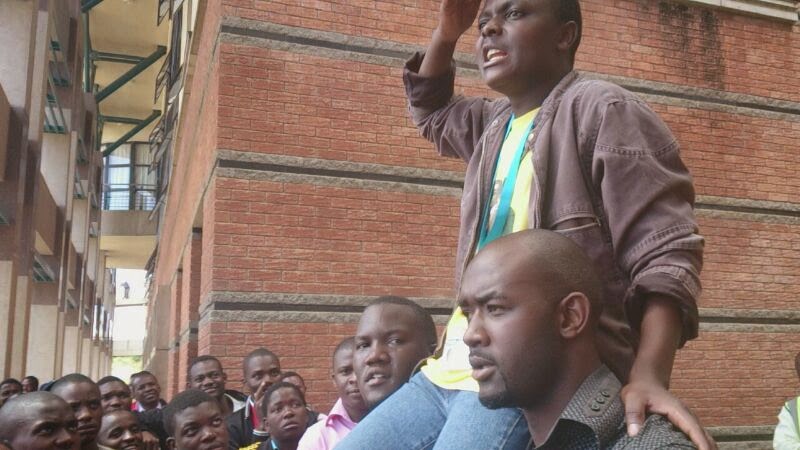 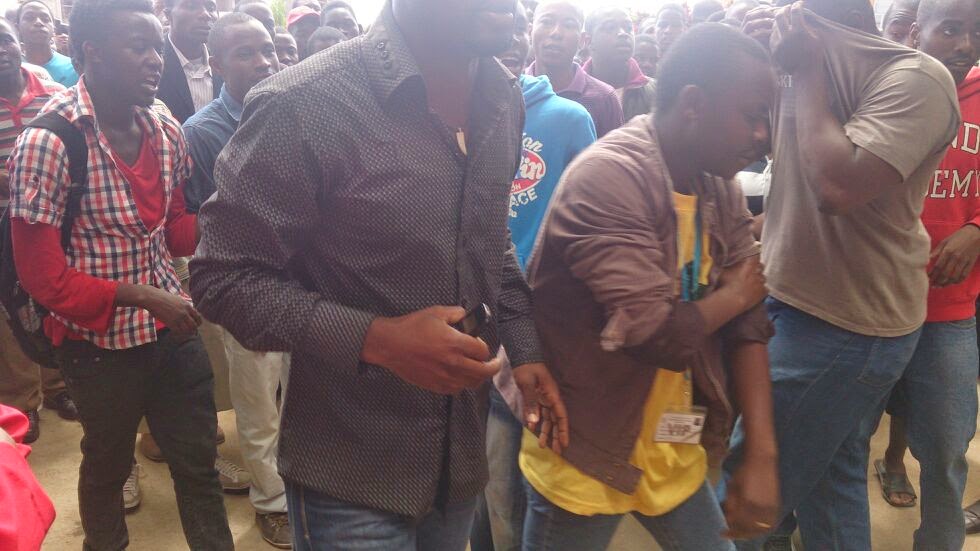 Part of the issues raised as students continued demonstrating was the issue of the Students Representative Council (SRC). This body was acussed of being incompetent and it was alleged that they were not representing the students.The SRC they said , had to be dissolved and as it stands now, the SRC has been dissolved which l think is a good thing too.From the basic knowledge l have about the SRC, this is a vibrant body which helps fight against students' injustices and takes the problems of the students to those in authority such that they are addressed and solutions are brought for these students. 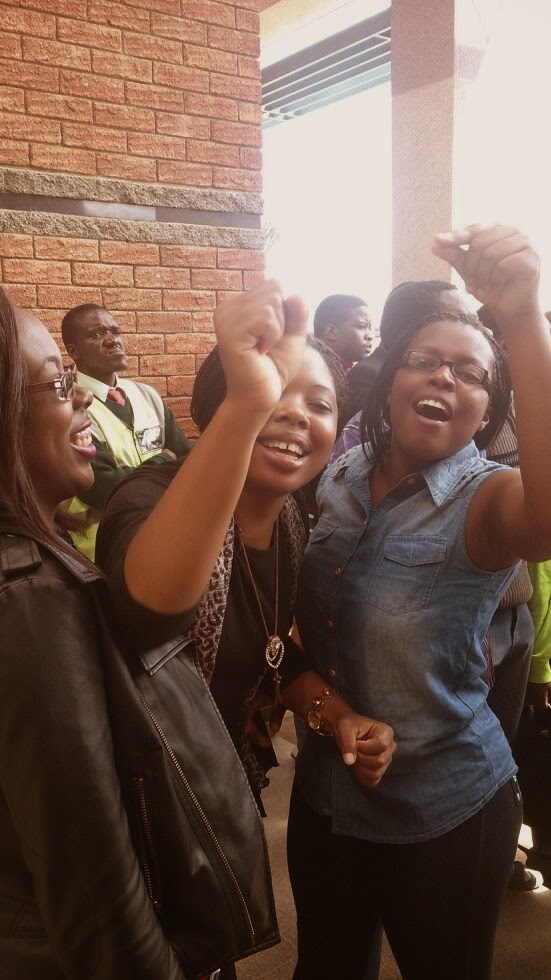 rioting students
As l was dancing, singing and toyi toying with the restless mob a number of things ran through my mind.I thought that this was what every single student on campus should be doing because there are a lot of wrongs than rights occurring at Nust.These are the issues:


Nust as an institution has not been built to completion, it is an undisputable fact that when you get to the varsity grounds you see a bunch of suspended cranes over unfinished blocks. From the time l came to Nust l have often been told that the varsity will have a "State of the art library" and today m sure there are tree that have grown inside the incomplete building , trees which are as old as the building itself.As l speak, the library on campus is still incomplete and in my four yeras at nust, l have never seen any construction company woprking on it. I usaully joke around with my friends telling them that one day those suspended cranes will drop off and hit some one or objects.

Pictures of the incomplete library 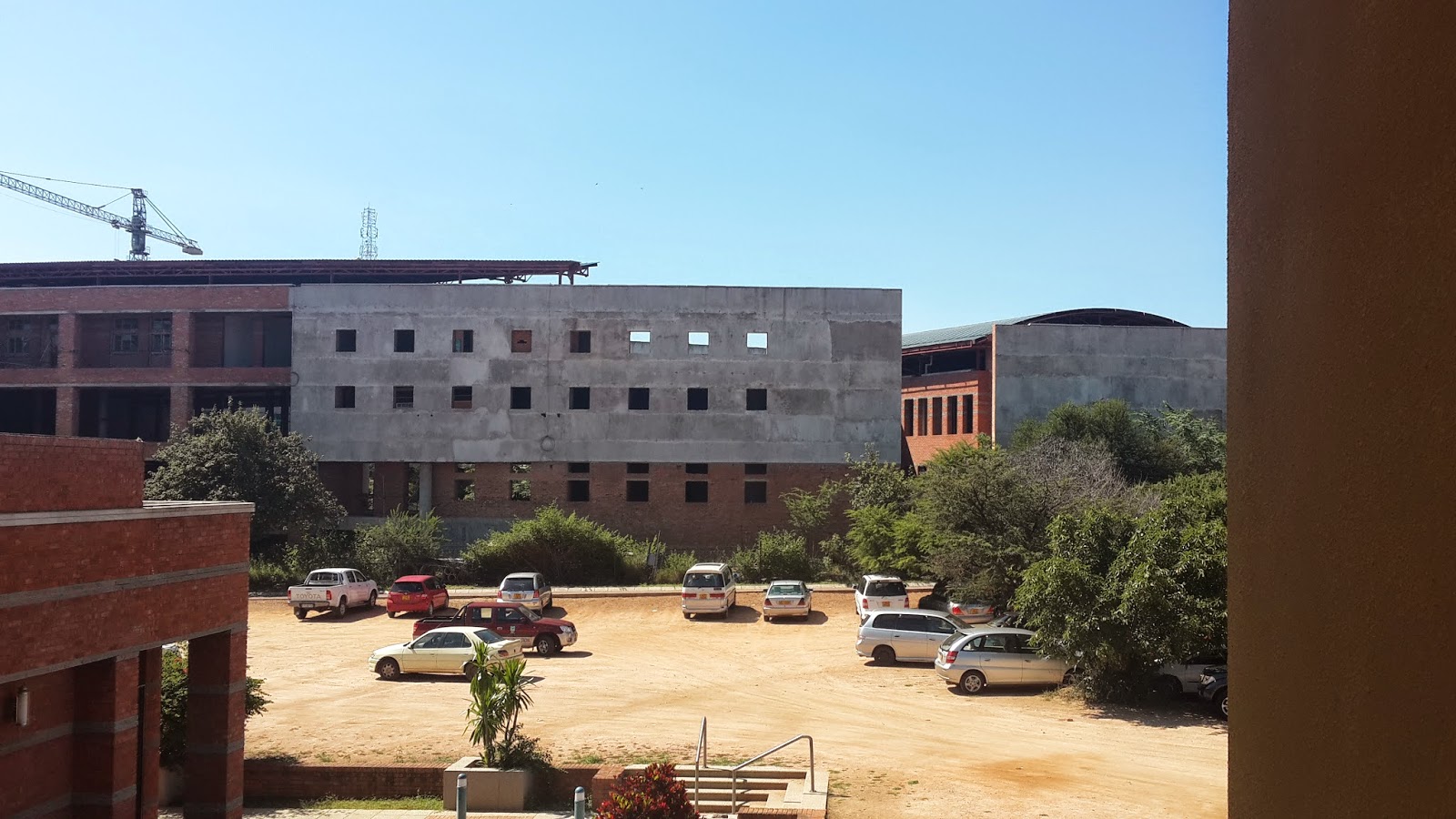 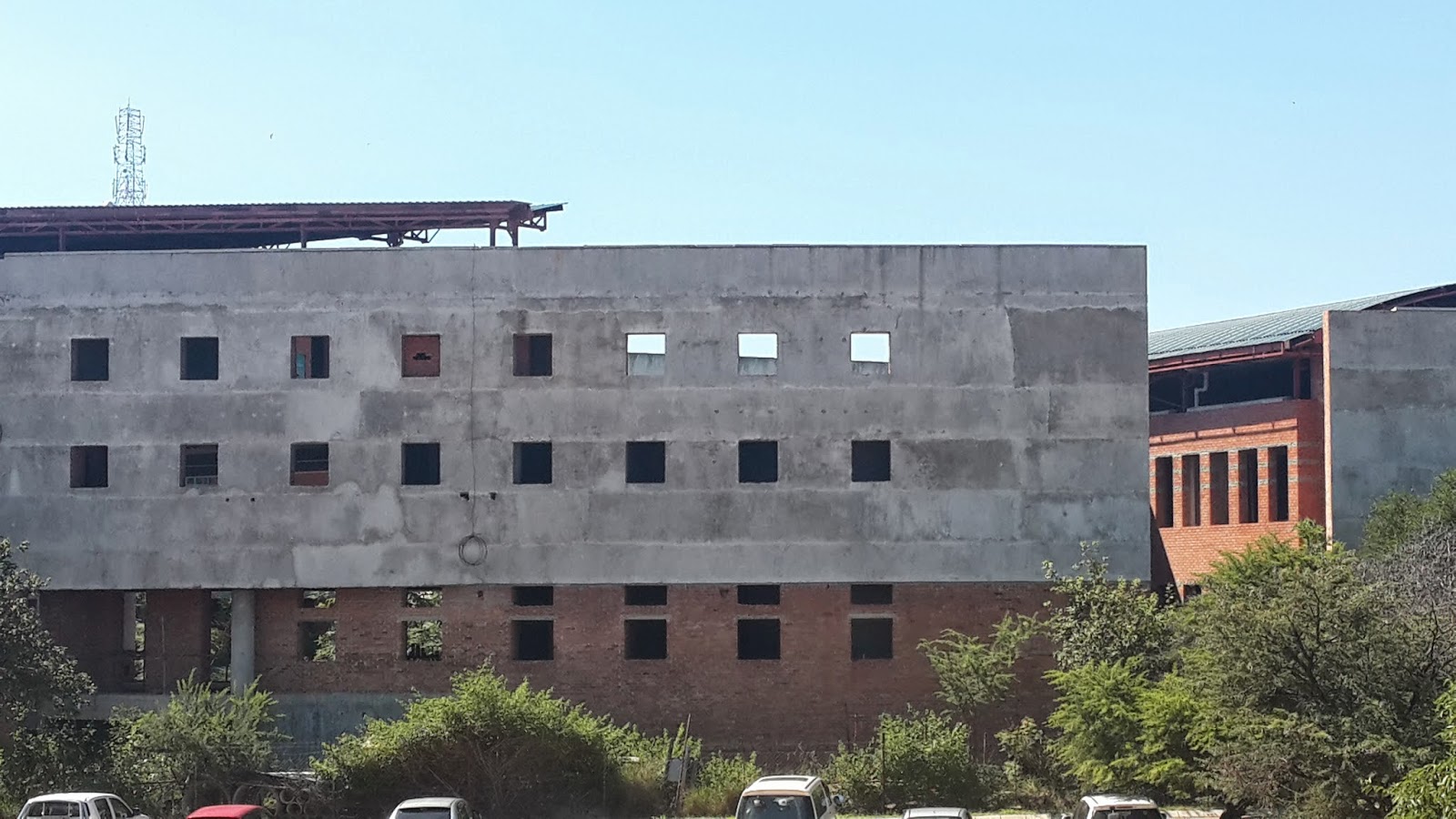 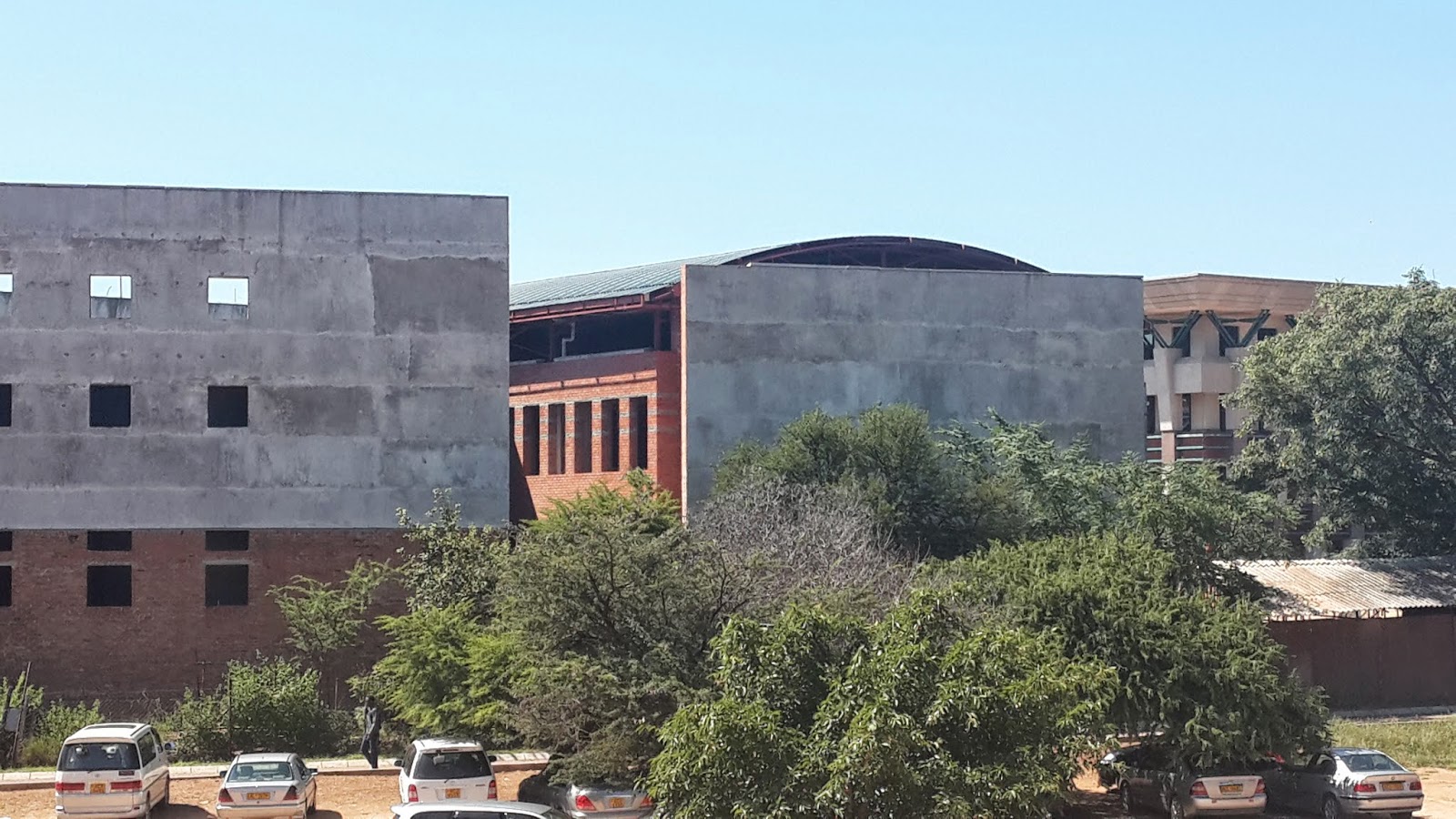 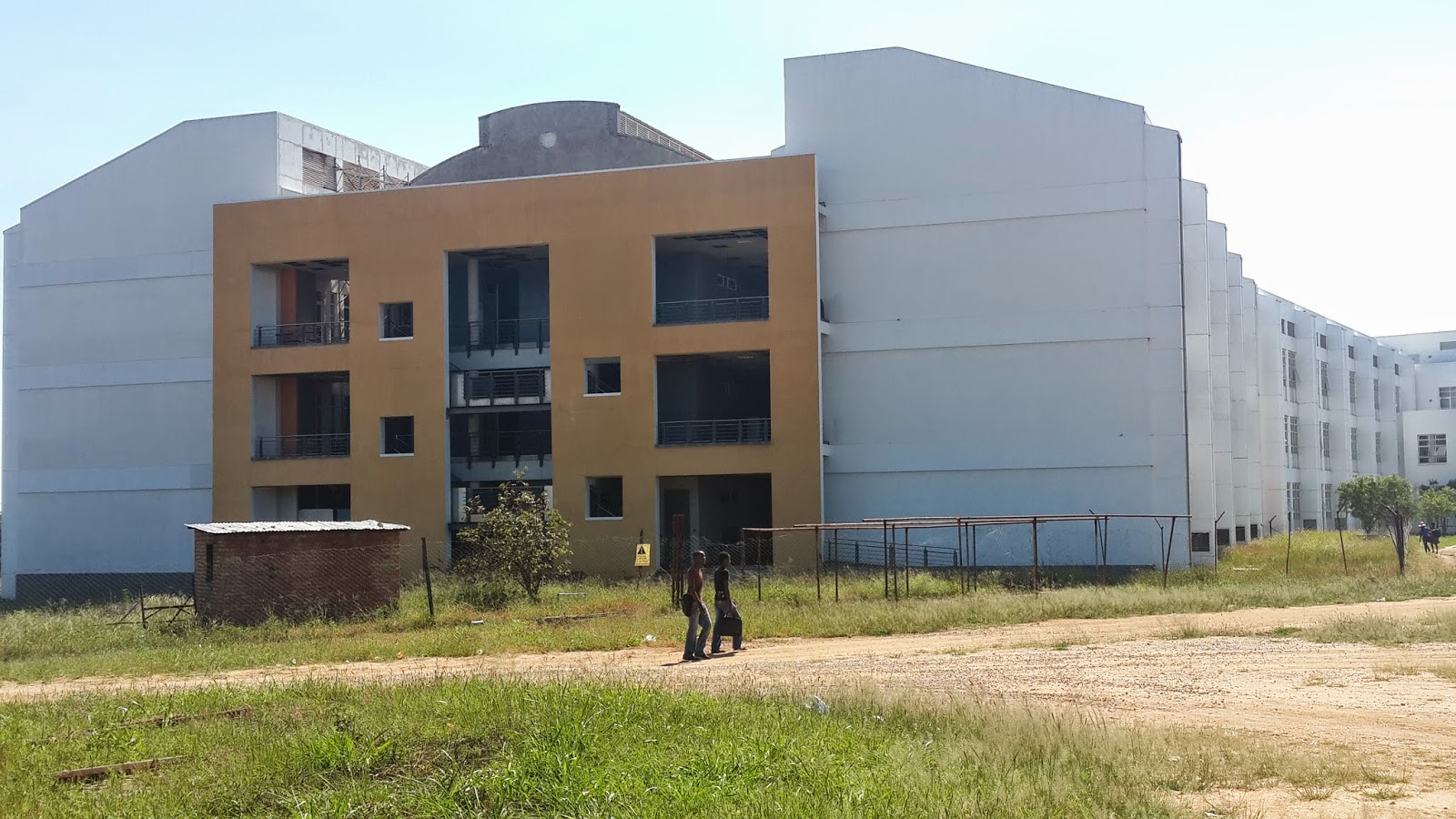 Left wing of the chemistry building


The institution has failed to provide catering services fro the students but we continue to see NATO a small caravan and Gees providing food for the students.The food from there is inedible and I personally cannot eat from those places. The food is terrible and bad. Because of these conditions, students are now forced to eat from foods being sold by people outside the school premises. The food is cooked and brought in in buckets which look really dirty . This leaves me thinking why the institution is not able to realise that this is a health harzard to the students.And again l bet they dont even notice that because they are sleeping on duty. If they had not been sleeping on duty they would identify these problems and deal with them right away. 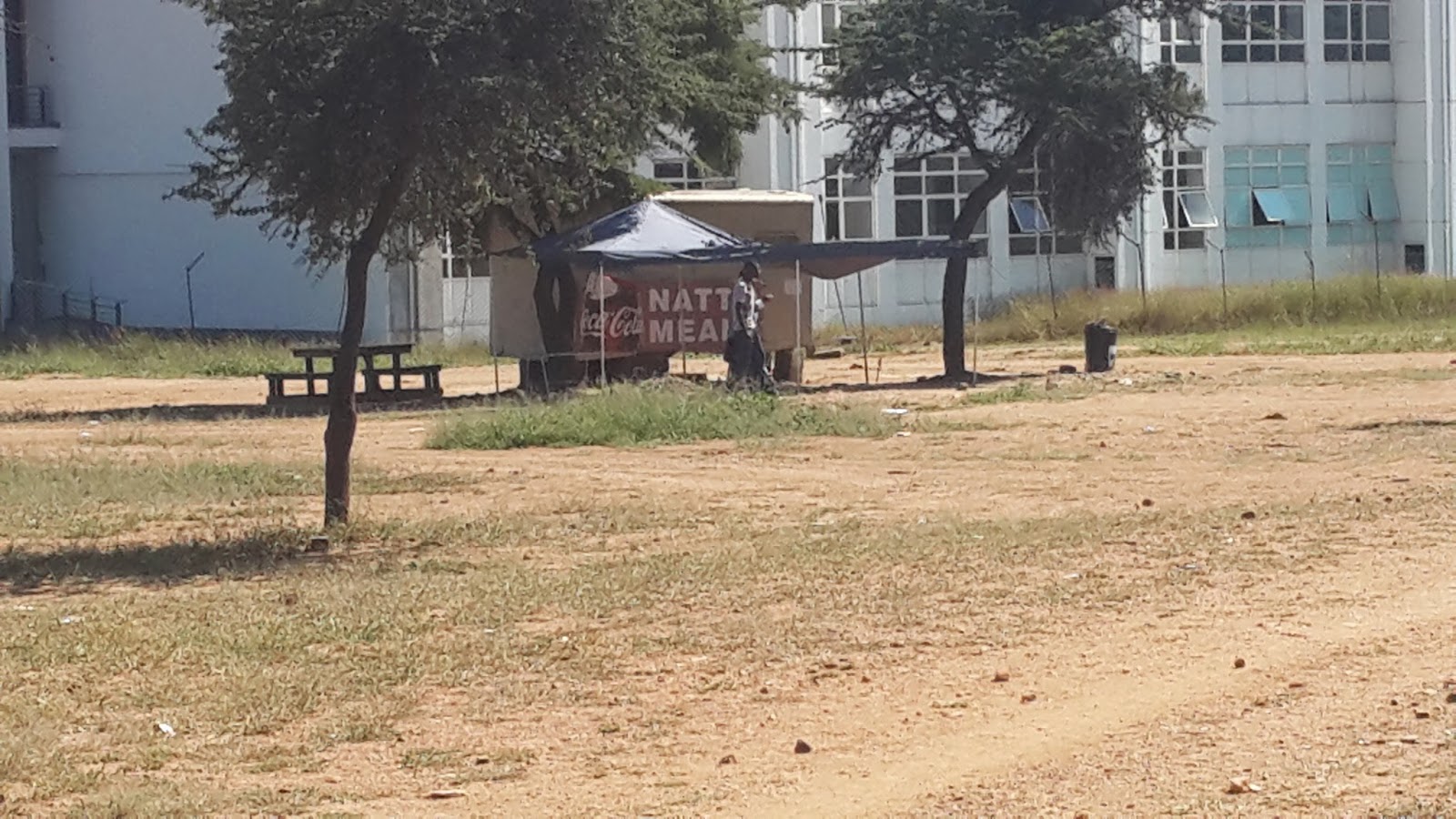 NATO foods
The varsity also does not have proper parking spaces and no proper sanitation. The corridors are stinking and to even think that there are cleaners and plumbers. So where is the money going?What is happening to the funds?Is it a case of government not having funds to disburse to tertiary institutions or is it a case of corruption within the institution?
I honestly do not understand how an institution like Nust which is over two decades old can still be incomplete.